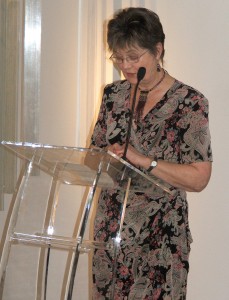 Since 1993, when I was introduced to the music of John Tavener, I have had the great privilege and pleasure of working in collaboration with two wonderful composers.

Tavener’s “Protecting Veil” – played at the Royal Northern College of Music was followed by “The Still Dancers”, a work in three movements by Piers Hellawell. In both of these my computerised images were projected on to a screen behind the quartets during live performances. The Still Dancers was performed in Belfast, Dublin, Cork and Oxford. A video was made of the work and also a film showing the making of the project.

In The Still Dancers the computer was “played” by Deirdre McKay, a young composer with whom I went on to collaborate in “The Fly”. This poem by William Blake inspired Deirdre McKay to compose a piece for clarinet and voice. I created an exhibition on the same theme using suspended etchings on perspex with moving light following the music.

This introduction of verse led to “A Pale Yellow Sky” a series of work based on seven Haiku poems, with music again by Deirdre McKay written for the harp, an instrument which is both Irish and eastern. I made a DVD using my images and the music which was performed by Cliona Doris, the renowned Irish harpist. A Pale Yellow Sky was shown in Belfast and again in Dublin, where it was accompanied by an exhibition of my work based on a visit to Japan. The exhibition was opened by the Japanese Ambassador to Ireland

In 2010 I moved to France where I continued to work with Deirdre on a joint theme “The West”, endeavouring to capture the moody magic of the West of Ireland. This work is on-going, although interrupted by my move back from France to York in 2014.

A graduate of Edinburgh College of Art, Jean Duncan studied printmaking at Ulster Polytechnic Art and Design Centre. Her paintings and prints have been widely exhibited in Ireland, the UK and internationally. She is represented in many private and public collections including AIB Bank, Bank of Ireland, Arts Council of Northern Ireland, Dundee City Art Gallery, and the Department of Culture, Arts and the Gaeltacht. Elected to the Royal Ulster Academy in 1994, Duncan has been involved in the foundation of several of Northern Ireland’s key cultural institutions.

In 1994 The Protecting Veil, her series of etchings and projected images based on the music by John Taverner, was commissioned by the Goldberg Ensemble and presented and performed at the Royal Northern College of Music, Manchester. This was followed by Still Dancers, based on Piers Hellawell’s music The Still Dancers.

In 2002 Duncan and the com poser, Deirdre McKay, worked in collaboration on “The Fly” at the Old Museum Arts Centre, Belfast, based on William Blake’s Songs of Experience.

In 2005 they have collaborated again on “A Pale Yellow Sky” at The Naughton Gallery, Queen’s University, Belfast.

2007
Farmleigh Gallery, Dublin – “a pale yellow sky” and Reflections on a Visit to Japan.

2003
“Beyond the High Atlas” – The Guinness Gallery, Foxrock, Dublin.

2001
“In Stillness and Heat” – The Guinness Gallery, Dublin.

1996
“A Sense of Time” – paintings based on the environs of the River Lot, Elizabeth Guinness Gallery, Dublin.